The Kenya Pipeline Company (KPC) began the new year on a wrong footing after leadership crisis deepened on January 17, 2023.

First Rita Okuthe, earlier on plucked from Safaricom PLC, was replaced by Faith Boinett in a huff as Chairperson of the board of directors of KPC.

Few days that followed saw a decision in which the KPC board sitting on January 13, 2023 in another surprise move that the substantive MD Dr Macharia Irungu 3 years’ term had ended – reportedly without him having expressed interest to continue in the position.

What was more baffling was Dr Irungu was still in the job – almost neutralizing the reason the KPC had premised its’ decision.

According to the extract of minutes seen by Cofek the board never gave Dr Irungu an opportunity to express his wish if he could stay or not.

Incidentally, it is the same board that had communicated to Dr Irungu on August 18, 2021 confirming that his terms of service had been amended to specifically stretch is renewal term of office to 5 years up from the 3 years in the initial contract.

The law requires that administrative action be formally put to a public officer before its taken – according him or her to be heard by the time its made.

When Dr Irungu sought legal redress, the Employment and Labour Relations Court (ELRC) reinstated him and asked both parties to attempt alternative dispute resolution. Should the same fail, the case was to proceed on February 7, 2023.

KPC General Manager for Finance Pius Mwendwa was to serve as acting MD before another acting MD was appointed – either from the same KPC or one seconded from the Ministry of Energy and Petroleum.

But come Tuesday, January 17, 2023 Mr Joe Sang came back and had a meeting with top management before he left to formally resume his acting MD role on Wednesday, January 18, 2023.

Incidentally, it is the same board that had communicated to Dr Irungu on August 18, 2021 confirming that his terms of service had been amended to specifically stretch is renewal term of office to 5 years up from the 3 years in the initial contract.

When Dr Irungu sought legal redress, the Employment and Labour Relations Court (ELRC) reinstated him and asked both parties to attempt alternative dispute resolution. Should the same fail, the case was to proceed on February 7, 2023.

On December 7, 2018, the then Managing Director of the Kenya Pipeline Company (KPC) Joe Sang was arrested and processed at the Directorate of Criminal Investigations (DCI).

He and four other KPC officers spent the night in police cells until they were presented in court the following week and freed on bail.

And after four years, Joe Sang and five former senior officers of KPC have were acquitted on December 7, 2022.

His surprise return at KPC is unprecedented. No former KPC managing directors have returned after being sacked or being forced out by court cases.

It is also unclear why the KPC, under a new Chairperson who hasn’t lasted more than a month, could have taken such drastic action – the new political transition notwithstanding.

The move has set huge fear among parastatal CEOs and directors thought to have been sympathetic to the Uhuru Kenyatta – Raila Odinga political axis at the August 2022 general elections in which President Ruto won.

It is also instructive that Joe Sang served as KPC MD after having been appointed by former energy and petroleum Cabinet Secretary Charles Keter – who had succeeded the current CS Davis Chirchir.

The days that come will most likely be noisy and messy at KPC as the board and Sang on one hand battle the High Court and Dr Irungu on the other hand.

The KPC board will be at pains to explain if indeed its not contemptuous of the Court process. It will also be tough call in the court of public opinion – that the current CS Chirchir, KPC chairperson Ms Boinett and Mr Sang aren’t promoting discrimination given the three emanate from the Kalenjin Nation.

Third, the KPC board will be at further pains to explain if the due process was indeed followed – and particularly if there was a vacancy for an external acting managing director – given that Pius Mwendwa was already discharging their duties.

Finally, the KPC board will have more than an explanation on their U-turn on the 3 years extension to 5 years – which had the concurrence of State Corporations Advisory Committee (SCAC) which was previously under the Office of the President but has since moved to the Office of the Prime Cabinet Secretary. 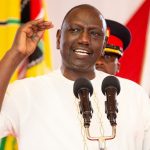 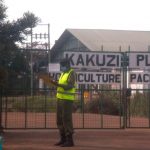