The Moi Teaching and Referral Hospital (MTRH) management says that the Sh87 mn Covid-19 funds was well utilized to the cent.

MTRH says that actual amount to which the Auditor General had raised preliminary questions was Sh86,622,563.32 and not Sh115 mn as claimed by sections of the media.

‘MTRH used all its allocated funds within the confines of the law and this was well demonstrated to the Public Accounts Committee (PAC) by MTRH Management. All the information and documentation including the approved budget, procurement plan, work plan, and payment vouchers – was provided to the PAC through the Clerk of the National Assembly and to the Office of the Auditor-General by Friday, 18 February, 2022’, MTRH CEO Dr Wilson Aruasa told Cofek in an interview. 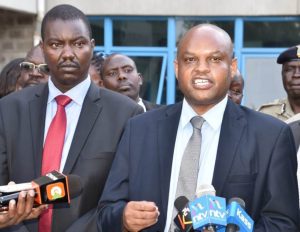 ‘The National Assembly Committee on Health already gave MTRH a clean bill of health for prudent use of funds it was allocated. Some of the Covid-19 funds allocations were used to procure the largest Hospital-based Oxygen Generating Plant (OGP) in the East African Region, producing 2,000 litres per minute of oxygen that is piped to over 2,000 patients.

Oxygen plant alone cost Sh98 million and was done alongside seven other projects as part of the expansion of MTRH. All projects fully completed, commissioned and are functional’, added Dr Aruasa as disputed ‘alarmist and misleading’ report in one of the dailies on Monday.

MTRH says it had received the Covid-19 funds in July 2020. The special audit by Office of the Auditor General( OAG) had been conducted 2 months later on September, 2020 when most approved procurements had just been initiated. With time, the procurements were successfully completed, projects commissioned and in use offering various services to our clients. 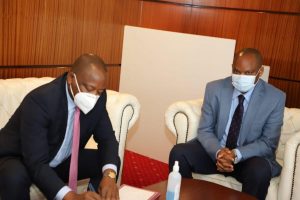 ‘We do agree with the assertion that audit queries were raised, however, our displeasure is in the sense of the generality of misleading information leading to misconception that the funds were used unlawfully. The queries were since fully answered’, said Dr Aruasa. 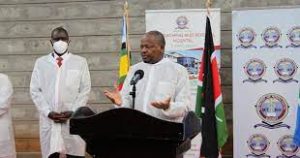 The oxygen plant was at MTRH was commissioned by health secretary Mutahi Kagwe with Uasin Gishu governor Jackson Mandago among other key guests in attendance.

Prior to installation of the oxygen plant, MTRH was spending at least Sh110 million on piping oxygen to its patients in what is a clear saving. 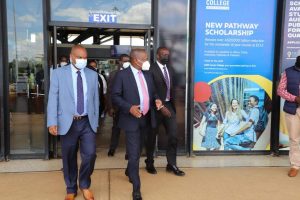 The Eldoret city based hospital now plans to set up a cancer treatment centre. They intend to undertake surgery, chemotherapy and radiotherapy, Nawiri skills and a recovery centre for patients. 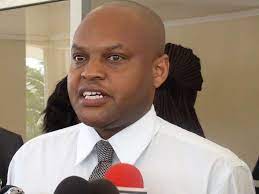 President Uhuru Kenyatta, in a gazette notice, re-appointed Dr Aruasa to serve for an additional 3 years from January 22, 2021.

MTRH is the national and or international referral hospital covering the Western hald of Kenya (covering 22 counties), Eastern Uganda, Southern Sudan, among other areas.

Dr Aruasa has been heading the hospital since he took over from Dr John Kibosia under whom he served as deputy director for several years.

Got any feedback to this article?