Disquiet in the manner in which Kenya Bureau of Standards (KEBS) undertook a recent recruitment has roped in external appeal for intervention as anonymous employees wrote to Cofek seeking for a halt to the process.

We hereby reproduce their petition with minor edits;

The Kenya Bureau of Standards (KEBS) has remained the premier government agency for the provision of Standards, Metrology and Conformity Assessment (SMCA) services since its inception in 1974.

Over that period its main activities have grown from the development of standards and quality control for a limited number of locally made products in the 1970s to the provision of more comprehensive standards development, metrology, conformity assessment, training and certification services.

With the re-establishment of the East African Community (EAC) and Common Market for Eastern and Southern Africa (COMESA), KEBS activities now include participation in the development and implementation of SMCA activities at the regional level where it participates in the harmonization of standards, measurement of conformity assessment regimes for regional integration. KEBS operates the National Enquiry Point in support of the WTO Agreement on Technical Barriers to Trade (TBT).

We are here to report recruitment malpractices at the Kenya Bureau of Standards.

KEBS advertised 109 positions in the month of September 2021. The deadline for submitting applications was 10.09.2021.

What happened is that the MD (Lt. Col (Rtd) Njiraini) took upon himself to invite the Ministry of Trade and Enterprise Development to be part of the shortlisting and interviewing process. This has never happened before because KEBS recruitments have always been transparent and very objective.

We are made to understand this was done because of the directives from the Principal Secretary Amb. Kirimi Kaberia (pictured) who is set to run for a political seat therefore he wants to use the employments to reward his political supporters in his village in Meru). Not only have that, the MD himself Mr. Njiraini wants to employ his county political associates for himself and for his friends. 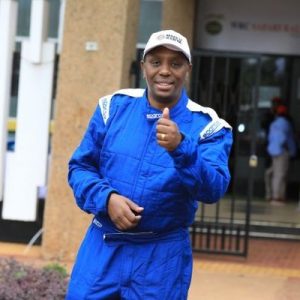 The MD flouted all the recruitment processes in KEBS overlooking the committee which is charged with the responsibility of all recruitment and instead appointed his spanner boys who do all his dirty jobs.

Below are the names for the so-called shortlisting committee

The question is what is going to happen to the rest of Kenyans who have applied if this is what is happening?

We understand there are internal employees who could have benefited from the recruitment but the advert was advertised externally so that it is used for political gains.

According to Public Service Commission and KEBS HR policies, there is a committee charged with advising the MD in all recruitment process and the same has been completely ignored in this particular recruitment.

The MD (Mr. Njiraini has completely run down KEBS since he joined KEBS in 2019. In fact he has been arrested in the past due to corruption. He is still in office courtesy of his godfathers. This MD became MD although he was number six during the interviews)

We have written to your good office so that you can intervene by having the recruitment process stopped or cancelled until the MD appoints credible people to drive the process.

This process is highly compromised, the end result is to benefit Mr. Kaberia (PS), Mr. Njiraini (MD), KEBS Board chair, HOD-HR and his woria friends in KEBS and outside KEBS.

We are, once again, appealing to your good office to intervene by having this process stopped or cancelled altogether. As we are writing the same corrupt team is carrying out short listing.

The KEBS management has promised to issue a statement, giving its version against what it believes was authored by ‘malicious people’.

Cofek undertakes to publish the same as soon KEBS right of reply is received.