Leadership is a potent combination of strategy and character. If you must be without one, be without strategy – H. Norman Schwarzkopf, former USA Army General 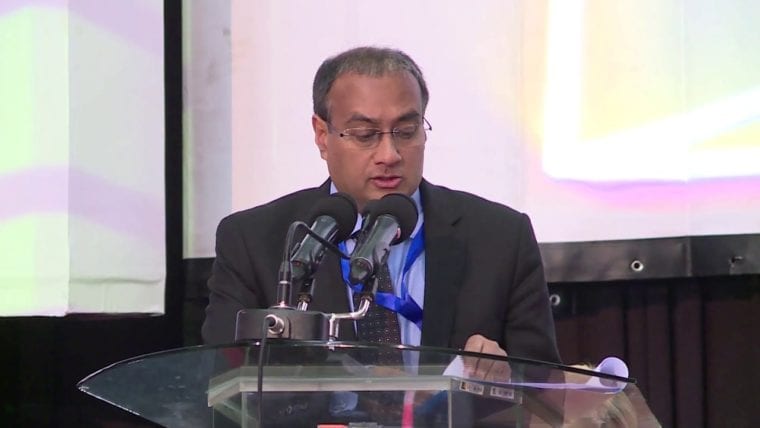 FOCUS on Kenya Power has been reduced to the character of the Chairperson Vivienne Yeda and ‘most influential’ board member Sachen Gudka. Our sources point to the two directors being key decision makers – one way or the other.

Others thought to be giving KPLC management a rough time are Caroline Kittony and Elizabeth Rogo.

The rains started beating the KPLC board of directors when they reportedly joined the differences between Kenya’s top two leaders – trying to completely edge out major contractors linked to what our sources only said as ‘number two’ – and for which management were reportedly holding brief for.

As it would emerge, they then came up with unverified dossiers which appeared to implicate the management.

Instead of focusing on sales growth, loss reduction, aggressive revenue collection, improved customer care and management of costs, the board took a worm view as opposed to the ideal bird’s eye view.

They began asserting themselves by fighting sections of management.

The former MD is said to have worked for over 30 years – as accountant and auditor. He joined KPLC supply chain department as a logistics manager in 2009 and made a procurement manager 6 years later. He became general manager (procurement) in 2016. He served as head of procurement for 3 years before being picked as MD in 2019.

ALSO READ: Missing Leadership: The trouble with the Kenya Power and Lighting Company board

Clearly, such an officer becomes a ‘system’. Mere removal of him only does not necessarily make a swift change as his troops and contacts remain intact. This is one issue the Kenya Power board forgot.

Management accusers claim tenders for transformer supplies and repairs are monopolized by cartels. Unconfirmed allegations point to companies only mentioned as Pan-African, Yocean and Mahashakat

The said companies, the sources say on strict call of anonymity, are reportedly fronted by a top presidential candidate and a former MD of KPLC – who unsuccessfully sought to be a constitutional commission chairman after his retirement.

The Kenya Power staff union on Thursday told the Energy Committee of the National Assembly that Chairperson Vivienne Yeda, members Caroline Kittony, Elizabeth Rogo and Sachen Gudka have been pushing lucrative contracts to Indian and Chinese-owned firms with the intent for a cut.

The David Gikaria led committee threatened to recommend for disbandment of the KPLC board. They also said that KPLC owes KenGen Sh23 bn.

Back to the KPLC board – they appeared to question management on alleged corruption in a skewed manner. They conveniently forgot, and or never prioritized, the bigger corruption arising from Power Purchase Agreements (PPAs) with Independent Power Producers (IPPs) whose owners are who is who in the private sector and government.

ALSO READ: MPs push to have the Kenya Power board disbanded over alleged corruption

The PPA’s being contractual arrangements have proved to be a difficult nut to crack – in terms of review and or prematurely retiring them.

Ibera Africa in Donholm Nairobi is linked to a former powerful KPLC MD from Mt. Kenya in the Moi era. The same powerful man reportedly owns Kipevu in Tsavo. Trafo in Kitengela/AthiRiver is linked to a former KPLC MD and a current Principal Secretary who is equally linked to a diesel power station in Mang’u, Thika. Others IPPs are owned by Transcentury, among others.

When reached for comment, the said PS did not respond to Cofek inquiries.

An earlier attempt by Energy Secretary Charles Keter to form a taskforce to review the PPAs was quickly revoked and a new one appointed by President Kenyatta. It is led by prominent financial advisor John Ngumi. Several KPLC directors are also on board.

Questions have also been asked about a company called Farmco, which has UK links – with UK based directors being Rajiv Patel, Himesh Patel, Jayesh Patel and Sanjeev Patel. The local directors read like who was who on the KPLC board.

Farmco is a London based firm which specializes in exports of farm machinery, solar energy, other equipment and also offers e-commerce.

The goings-on at KPLC have left the directors in dilemma. From the hunters, they have literally become the hunted – and from many directions.

Ethics and Anti-Corruption Commission (EACC) could arrest the KPLC directors any moment should it clear the investigations and receive a prosecution nod from the director of public prosecutions.

That KPLC directors have resorted to nearly becoming executive directors – directing management on small sponsorships and tenders of as little as Sh1 million to hundreds of billion worth tenders is worrying.

Even sponsorships and partnerships to NGOs approved by management have reportedly been questioned by the same board – which would like KPLC staff to handle the same directly – perhaps as a way to make a saving that would go into private pockets.

KPLC major shareholders could be a more worried lot on the likely outcome this financial year even as fear and uncertainty grips the directors who are literally walking on the comfort of thorns on barefoot of scrutiny.

But as we have always said before, it is not all gloom at KPLC.

In the final of the three-part series on the troubled KPLC board, Cofek will look at options left for management, directors and shareholders of KPLC