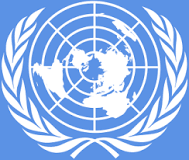 The report, published today by the independent Counter Extremism Project (CEP), says illegal trade in almost every commercial sector is financing gangsters, warlords and militants and is threatening jobs, the economy and the fragile security of East Africa.

StoCK Chairman Stephen Mutoro says: “This report is damning proof that Kenya is at the very heart of this nexus of illicit trade and extremism. It is time for action and change of tactic.

“From narcotics to cigarettes and from wildlife to weapons, illicit trade is fueling corruption, funding organised crime and financing terrorism.

“It is threatening Kenya’s economic and social structures and is leeching the resources needed to combat the pandemic and rebuild our nation once the worst is over.

“It is endangering lives as well as livelihoods and must be combatted with the utmost urgency.”

The CEP report says terror groups such as Al-Shabaab and ISIS-linked affiliates in Somalia and Mozambique, as well as Central African militias, urban gangs and international crime groups, are increasingly targeting East Africa as a destination market for illicit trade, as well as a transport hub for the mass import and export of illegal goods.

Militants are exploiting the illegal ivory trade to pay their soldiers and fund their campaigns of terror, while Somali warlords profit from the thousands of bags of cheap, illicit sugar that are smuggled into Kenya every day.

Mutoro, who is also the Secretary General at Consumers Federation of Kenya (Cofek) who set up the StoCK campaign late last year to campaign against illicit trade in Kenya, says: “It is vital that the Government follows through on its commitment to intensify its war against illicit trade as part of its strategy to counter terrorist financing.

“Border security and the authorities’ ability to shut down smuggling rings must be addressed as part of the national security strategy.

“Kenya’s superior infrastructure makes it an important conduit for criminal and terror operations seeking to export products in bulk to Asia and elsewhere, while our prosperity also makes us a lucrative end-market for counterfeit goods.

“Now more than ever, we must defend ourselves against those who seek to exploit our hard-won success.”