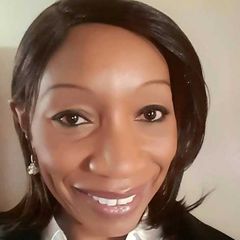 If the Kenyan public had hoped that self-regulation would rein in rogue industry practices and bring about collective responsibility, they were instead rudely reminded that hope is not a strategy.

The Code of Conduct by the Digital Lenders Association of Kenya (DLAK) has been a commendable attempt at bringing about fair play in the industry. But DLAK membership is voluntary.

However, that malfeasance has been attributed to a few rogue non-members matters little to the borrowing public that has been irreparably harmed. Such an oversimplification is, furthermore, misleading, as dominant industry players and large financial institutions have been equally criticised by the public.

Self-regulation can only be effective if all industry players are at the table and collectively bound by best practices and the spirit and intent of the law.

The industry has only itself to blame for its tainted track record and woeful reputation. On one hand, it supports SME growth and provides easier access to credit; on the other, its terms are considered predatory and interest rates exorbitant and lacking in transparency.

It is, thus, not surprising that the public is highly sceptical of light-touch regulation that supposedly favours innovative fintech.

There has been nothing innovative about being insulted, harassed and ripped off by unscrupulous fintech players who show blatant disregard for consumer protections and constitutional rights. Calls for strict regulatory oversight by the Central Bank of Kenya (CBK) are, therefore justifiable.

That digital lenders conduct activities that otherwise fall under the purview of CBK cannot be disputed. Fancy industry jargon and use of sophisticated online platforms does not change this.

Relevant banking laws that could be appropriately applied to the digital lending industry abound. Consumer rights infringements could similarly be remedied through Guideline on Consumer Protection-CBK/PG/22 in “Prudential Guidelines January 2013”.

It requires that all consumers be treated equitably, honestly and fairly. Its five key guiding principles are fairness, reliability, transparency, equity and responsiveness. Ultimate consumer recourse to CBK for unresolved and unsatisfactory complaint handling could be amended into the guideline.

These Covid-19 times have been enough of a strain on the public’s financial capacity and resilience. They should not have to endure yet another year of manipulative practices by an industry that has also demonstrated a devious ability to exploit loopholes or ambiguities in the law. It is time to unapologetically protect the constitutional rights of Kenyans by passing swift and decisive regulation.

First published in Daily Nation. Ms Mutungi is a career international corporate banker and financial services adviser. . She is also a member of Cofek