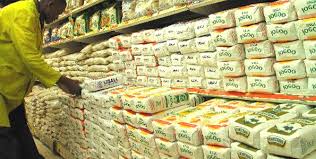 By Stephen Mutoro: This week I had the privilege of being a panelist at a high level webinar on ‘De-maizing Kenya, consumer preferences and how that can change’.

This is not entirely a new debate. What is new is that dominance of maize cannot just go away.

Maize production has continued to dwindle even as demand incessantly surges. Estimates have it that the country has a deficit of 15 million bags.

Benefits of potato, cassava, sorghum and millet over maize are immense. Consumers are slowly taking up the alternatives. Some agricultural experts appear furious and impatient at the slow pace.

They can be pardoned for not understanding the art and science of consumer choice when it comes to food. It is possibly why I was asked to wade into the unusual debate.

I began by unsettling the waters. I dragged them to the basics. This is something most professors detest: I disagreed with their concept of the title as ‘de-maizing’ on account of being potentially militant and antagonistic.

That their desired radical shift would be a mirage, after all. I insisted that this process, not an event, was bound to take a fairly long time.

I reminded them, in the words of Socrates, that the secret of change is to focus all your energy not on fighting the old but on building the new. Fighting maize in the hope that alternatives will gain ground would be counterproductive.

It was Henry Ford who posed, ‘If I’d asked my customers what they wanted, they’d have said ‘don’t change anything’. I further drew their attention to the words of Leo Tolstoy who said ‘Everyone thinks of changing the world, but no one thinks of changing himself’. It is an individual choice. Not scaremongering or coercion.

The key problem with proponents of de-maizing campaign, therefore, is their imagination that they can stop the maize reggae without a fight and a chaotic transition if not a revolution.

Beyond communication, maize is a universal brand whose key product ugali is in the same league with Tusker Lager, M-pesa, Matatu of brands that define if not unite Kenyans.

That explains the politics of maize – a key factor in national and local elections akin to the non-violent revolution by Mahatma Gandhi’s fight on salt tax.

Why is maize a darling of many consumers and how can its’ success be replicated on its’ alternatives? This should be fulcrum of demaizing debate.

First, the history of maize dates back to the 16th century. The white versus yellow colours reminisces memories of colonialism. Maize is part of long and distant history and liberation struggles. Culturally, some communities use maize for brideprice and as a form of wealth and physical strength declaration (ability to feed the bride).

Second, the form and content of maize, processed or not gives it a competitive edge. It can be served as liquid (porridge), solid (ugali), hot or cold and is akin to an ‘African bread’.

Third, in terms of the ease of storage (long shelf-life) and ease of preparation, for instance milling and even cooking, maize is on top.

Fourth, on nutrition and balanced diet, maize scores highly since ugali package naturally comes with vegetables (vitamins) and sometimes meat or chicken (proteins). Stunted growth and or malnutrition among children in maize growing areas is seldom the case.

Fifth, maize can be used both as human and animal feed. Value addition is equally all-rounded. Nothing really goes to waste.

Sixth, since an average consumer often looks at the lowest convergence point between cost and quality, maize is relatively much cheaper than alternative crops.

Seventh, in terms of value addition – the value chain for maize is gigantic. From farmers, transporters to millers – the investment by major millers such as Capwell Industries, United Millers and Unga Ltd tells the story by itself.

I could go on and on with the pros of maize. In order to beat maize at its own game, the de-maizing debate ought to be evidence-based, persuasive and one which should not be lost before it begins. How?

Kenyans need to appreciate science that its only about 10 per cent of Kenya’s land is ideal for planting maize. Pressure for maize from animals as well as human population growth against climate change effects will make maize to be costly in future.

Since demand versus supply dictate the cost of maize, consumers need to plant and consume alternative crops alongside maize. This includes fast-tracking of blending policy where maize flour could be mixed with say sorghum, cassava and or potato.

Targeting young minds would really help. This can be at the level of branding and other forms of messaging.

De-maizing debate must avoid the path in which it can be perceived as running away from the actual problem – that of increasing per capita production of maize.

It should be about nutrition and cost cutting measures of diversification, blending and a progressive makeover of our domestic menu.