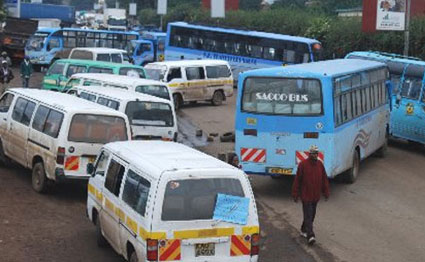 It was a sight to behold as unusually long queues of people trooped to their workplaces, some completely caught unawares by the unprecedented move. They had to walk from Westlands, City stadium and Ngara among other destinations as police on guard turned back their vehicles.

The ban has been heavily criticized by among others the Nairobi Senator Johnson Sakaja who moved to Court to challenge Governor Mike Sonko move saying that public consultation had not been done.

Cofek equally asked its’ lawyers to seek to be enjoined in the public interest litigation whose interim orders are expected early afternoon on Monday.

Cofek argues that the County Government of Nairobi has offered no alternative means for commuters between the new drop-off points and the CBD. Further, the plight of people with disabilities, the sick, elderly persons and expectant mothers is severe and reeks of a ban that was ill-informed from the start.

Cofek further believes that instead of moving the ‘idle’ SGR line to Naivasha, priority should have be given to having the SGR lines criss-cross the CBD before the PSVs ban is effected

In the new and discriminatory move, Governor Sonko has allowed private vehicles into the CBD and even reduced their parking fees from Sh300 to Sh200 each.