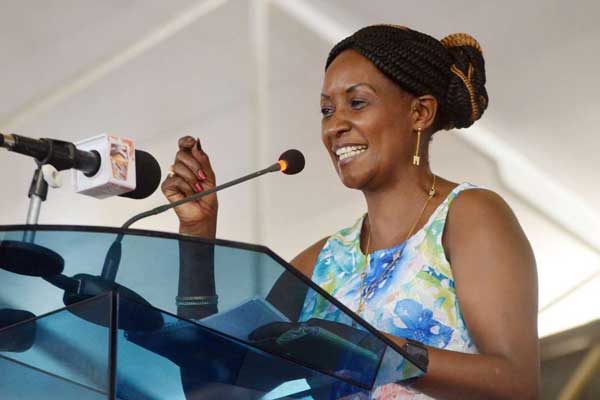 TSC chief executive Nancy Macharia in a paid advert in local dailies announced that those joining TTCs for a two-year certificate course must have C plain in Kenya Certificate of Secondary Education (KCSE) examinations.

The announcement is a major blow to close to 2,000 students who were this year in October admitted with D+ after the Ministry of Education purported to lower the entry grade in order to capture students from 17 arid and semi-arid areas.

However, last month Mr Kariuki told Education Cabinet Secretary Amina Mohamed that she had no such powers to lower entry grades to TTCs.

Mrs Macharia maintained that the Commission has the mandate to review entry grade and therefore will not register any teacher who does not meet the requirements.

On Thursday, Ms Mohamed insisted that the ministry will not relent in its decision to lower to D+, but TSC has now fired back, a move that leaves the new students more confused.

Speaking on her behalf, Basic Education director General Alyas Abdi said the only way the country can solve the issue of teacher shortages in these areas is by training locals.

However, their hard line position may not help since its TSC that will register such teachers and therefore they risk being locked out of the job market.

“A person shall not engage in any form of teaching unless registered by TSC,” said Mrs Macharia.

The AG said only TSC is mandated to prescribe the entry qualifications.

The AG in the advisory described Ms Mohamed’s move as irregular and adding: “The TSC is the state organ with the constitutional power and mandate to set the minimum qualifications for persons entering the teaching service. There is no law that vests the Cabinet secretary or the Kenya National Qualifications Authority (KNQA) with power to set such standards and were it to be there, it would be unconstitutional and therefore null and void to the extent of its unconstitutionality.”

Last week, Deputy President William Ruto waded into the debate and announced that Ministry of education was on top of things in resolving the standoff.

Mr Ruto was responding to Northeastern leaders request to have students from the region join TTCs with lower grades because the region was marginalised.

They said the move was a temporary one to avert education crisis in the region because of insecurity challenges teachers from other regions experience.