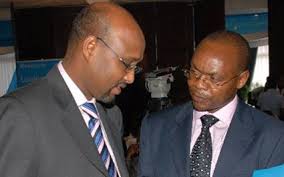 Revelations of what has to come to be known as “KEBS scandal” are not new. What is shocking, however, is the audacity of the scammers to print fake Kenya Bureau of Standards stickers within the KEBS premises.

The pain of an estimated 4,500 tonnes of poisonous sugar in the supermarket shelves is akin to a crime against humanity and must be condemned in the strongest terms possible.

That neither KEBS Managing Director Mr Charles Ongwae nor Industry Secretary Mr Adan Mohammed have not broken their silence on the matter is a revelation of how casual they have taken the matter.

The alternative is that they are protecting the perpetrators who are well known to them.

We have previously received complaints about the quality of staff recruited since 2013. They are said to be either kin of top Ministry officials or those connected to cartels.

Be that as it may, we laud the newly KEBS appointed Chairman Mr Mugambi Imanyara for coming out boldly to confront the serious scandal unfolding at KEBS.

Accordingly, we demand as follows;