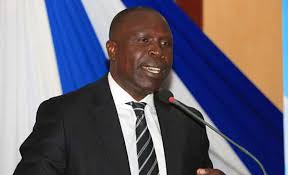 Mr Bett was, on January 18, responding to Cofek inquiry on the escalating cost of maize flour prices after a section of millers claimed the flour may rise upto Sh200 per 2kg packet.

The CS maintained that there is no basis for maize flour be retailed above Sh115 per 2kg maize packet.

Anxiety is mounting as prices of maize flour rises steadily amid government pledges.