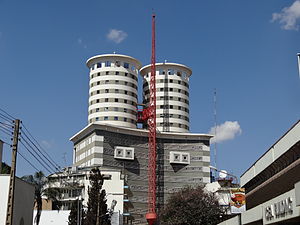 Trouble is brewing at Kenya’s leading media house, Nation Media Group (NMG) even as mass layoffs beckon in the face of waning profitability at the Aga Khan’s key investment in the region.

Quite telling, the group CEO Joe Muganda, is leaving the firm tomorrow for Vivo Energy Kenya at a time the NMG is undergoing one of its’ worst time in its long history.

NMG is battling court cases of top editors dropped for not toeing the editorial director Tom Mshindi’s line, who is evidently split between NMG and personal interests through a public relations firm known as “360 Degrees”.

Over 140 staff, largely correspondents, reporters and senior editors some who have served the company as long as 26 years, are being shown the door tomorrow.

Multiple interviews with those affected say confirm that the layoffs were sanctioned by the NMG board but communicated verbally, and almost casually, to those found surplus to NMG’s requirements.

Majority senior staff have rejected the ‘golden handshake’ which has no uniformity in its computation and application. They argue that some staff are paid for all years worked while others are offered a figure deemed fit by the Human Resources Director Mr Kiambi.

Those rejecting the arbitrary offers are threatened that they could stay on and be sacked altogether and or forced to resign – eventually going home with nothing. Others are being induced into consultancy contracts.

According to sources who spoke to Cofek on strict anonymity fearing jeopardizing their interests, labour laws are flouted with untold abandon at the media house.

Senior staff who have rejected the lumpsum offer, from the editorial, procurement and marketing departments, have been asked to go on leave for one month as they await further decision. They have been accused of exerting ‘negative energy’ if they continued being within the premises.

The very short redundancy notice was made verbally between a week to two weeks for affected staff who got the news by surprise.

In some cases, however, ‘Business Today’ blog, with close links to Mshindi’s right hand man at “360 Degrees” – one Samuel Born Maina, already ran a list of top editors expected to be axed from ‘Nation’ from late December. They had inside information with fingers pointing at Mshindi.

At the editorial department, the changes affected many key staff including a long serving news editor at NTV who brings a household political satire program every Friday. Heads of procurement and marketing were affected in a purge said to have taken an ethnic bias.

It is not only the redundancy that is making news at Nairobi’s Kimathi Street news hub. It’s the allegations against the editorial director Tom Mshindi that are as startling as they are curious.

One of the those sacked at ‘Nation’ is a correspondent from Kirinyaga. He reportedly penned a story perceived to be adversarial to Kirinyaga Governor Anne Waiguru.

Mshindi is also accused of having taken up public relations jobs, through 360 Degrees, for several Governors in his home region. He is said to be also covering Machakos Governor Alfred Mutua, Transport CS James Macharia and Environment Secretary designate Keriako Tobiko, among others.

Those in the know, say Mshindi has taken it upon it himself, to ensure ‘negative’ stories on his clients are blocked and unworthy ‘positive’ stories are run. That has led him to clash with many editors – most of whom have been dropped. Such instructions, our sources add, are either verbal and or through email. Its is a clear a case of conflict of interest.

The case of a parliamentary editor, who has served for 26 years, is more intriguing. Our sources say that the name of the editor was on the list before it was suddenly dropped on intervention by some powerful forces in State House.

Besides ethnic bias, our sources say some women were either dropped or retained for either denial or grant of sexual favours to top men in charge of the redundancy across all departments.

Our sources say when Mshindi and GME Mutuma Mathiu made a short sojourn to the rival, Standard Group – the duo went on a ‘poaching’ spree which amost destabilized the NMG editorial department then under Wangethi Mwangi. Mshindi would later return to NMG via Uganda’s Monitor magazine.

In addition to poor returns, Aga Khan has been reportedly keen to sell the Nation Centre building. Our sources say he fears that flooding of noisy bars and other unrelated businesses could see the value of the asset plummet even further.

When reached for comment, the group’s Spokesman Clifford Machoka asked Cofek to put the questions in writing on Friday. He was to respond by close of business. He didn’t. When reminded by text, he could only text back later saying “still looking into it”. Weekend calls and texts went unanswered.

Editorial director Tom Mshindi could not pick our calls. But responded late Saturday by text saying “… I have seen the message. Will talk to you tomorrow (Sunday)”. He hadn’t called by 2pm when the story went live on our website. The message to Mshindi eight detailed allegations.

Cofek undertakes to carry NMG’s response, should it be forthcoming, as soon it comes.