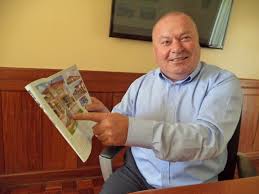 The complaint on Superior Homes as received at Cofek

Before the construction had been completed they decided to change the price from the Sh10,680,000 to Sh12,500,000 which I couldn’t have raised. They decided to sell the house without even refunding even a coin to me.

They had introduced an advocate to me whom was to act for me whose name was Muriu Mungai where I also paid an amount of Sh120,000 as legal fee.

Unfortunately she never helped me in any way to recover my money claiming there wasn’t much she could have done then.

I tried to even talk to the owner of the houses the white man (Mr Ian Henderson) but he told me he also could not help me and he stated that if there was any issue I should go to court.

He made sure his security guards got me away from his compound. Its at that point i despaired. Till to date no one has ever contacted me of the same. I pray to and authorize Cofek to help recover my monies and interest since 2012. John Chege Njuguna

We refer to the above matter and to the email from yourselves and addressed to Ian Henderson resting on Wednesday, 21st June, 2017.

In response to the contents and issues raised therein and with regards to all matters within our knowledge, we wish to state as follows;

THAT vide a Letter of Offer dated 5th November, 2012, the Purchaser accepted to purchaser a Three Bedroom Semi Detached Maisonette Number SD 398B (hereinafter the “Property”) from Superior Homes (Kenya) Limited (hereinafter the “Vendor”) for the sum of Kenya Shillings Ten Million Six Hundred and Eighty Thousand Only (Kshs 10,680,000/=);

THAT on 5th November, 2012, the Purchaser paid the Vendor a commitment fee for the sum of Kenya Shillings One Hundred Thousand Only (Kshs 100,000/=) and was issued with a receipt number 1861;

THAT on 25th November, 2012, we forwarded the Purchaser the draft Agreement for Sale and Lease documents for his review, comments and confirmation that the terms therein are as agreed between himself and the Vendor;

THAT on 15th November, 2012 and 30th November, 2012, the Purchaser paid the Vendor the sum of Kenya Shillings Four Hundred and Eighty-Four Thousand each (Kshs 484,000/=) being the further top up to Ten (10%) percent of the Purchase Price, all amounting to Kenya Shillings Nine Hundred and Sixty-Eight Thousand Only (Kshs 968,000/=) and was issued with receipts number 1895 & 1926 respectively;

THAT after several follow ups, the Purchaser executed the Agreement for Sale (hereinafter the “Agreement”) on the 25th February, 2013 and settled our fees amounting to Kenya Shillings One Hundred and Twenty-Four Thousand and Six Hundred Only (Kshs 124,600/=);

THAT on 4th April, 2013 and in accordance with Clause (iii) of the Agreement, we issued the Purchaser with a Certificate of Occupation over the Property, dated 28th March, 2013;

THAT upon issuance of the Certificate of Occupation, Completion Date shall be Thirty (30) days from the date of issuance. To this end, the Completion Date was 4th May, 2013 wherein the Purchaser ought to have settled the Purchase Price and availed all documentation, any pending stamp duty costs to enable the registration of the Lease (and where applicable, a duly executed Charge, a professional undertaking from his Financier’s advocates, stamp duty on the Charge and our handling costs for the registration of the Charge);

THAT on 13th May, 2013, despite the Completion Date having lapsed, the Purchaser indicated to us that he was following up on financing from Bank of Africa;

THAT on 24th May, 2013, we wrote to Mr. Gitonga, of Bank of Africa, calling for the terms of undertaking from the Bank to the Vendor together with other completion documents;

THAT on 30th May, 2013, we wrote to the Purchaser, advising of the lapse on the Completion Date and on the outstanding Purchase Price together with the accrued interest thereof;

THAT on 11th July, 2013, the Purchaser informed us that he was in the process of transferring his financing arrangements from Bank of Africa to National Bank of Kenya;

THAT on 17th July, 2013, we issued the Purchaser with a Twenty One (21) days Completion Notice within which he ought to have availed proof of payment of the balance of the Purchase Price together with the accrued interest;

THAT on 28th August, 2013, we issued the Purchaser with a Termination Notice in accordance with Special Clause (o) of the Agreement;

THAT in accordance with Special Clause (o) of the Agreement, should the Purchaser be in default and unable to Complete the transaction, for any reason whatsoever, on the Completion Date;

(a) A Ten (10) percent deposit of the Purchase Price together with the legal fees, V.A.T. and incidentals paid by the Purchaser SHALL NOT BE refundable;

(b) The deposits on account of the water meter and the electricity meter shall be refundable within Fourteen (14) days of the new buyer making the payments to the Vendor’s Advocates; and

(c) Registration costs, costs for preparation and transfer of the reversionary interest, and cost of purchase of share in Management Company shall be refunded in full within Fourteen (14) days upon demand.

From the foregoing discussion, it is clear and we take the view;

(a) THAT Superior Homes (K) Limited accorded the Purchaser reasonable time and opportunity to meet and perform his obligations in accordance with the Agreement;

(b) THAT the Purchaser, despite various notices and reminders, failed to settle the balance of the Purchase Price amounting to Kenya Shillings Nine Million Six Hundred and Twelve Thousand Only (Kshs 9,612,000/=) on or before the Completion Date, thus did not meet his obligations as stipulated in the Agreement;

(c) THAT due to the default occasioned, the Agreement and in essence the transaction as a whole, stands terminated;

(d) THAT in accordance with Special Clause (O)(i) of the Agreement, the Purchaser is not entitled to a refund of the Deposit as a result of the default together with the legal fees, V.A.T. and incidentals paid to us as the Vendors Advocates as per Special Condition B of the Agreement.

REFUND OF PAYMENTS DUE TO THE PURCHASER

We advise that in accordance with the Special Clause (o)(ii), (iii) of the Agreement;

The deposit on account of Water and Electricity Meter, which amounts to Kenya Shillings Twenty Thousand and Two Hundred Only (20,200/=) shall be refunded in full within Fourteen (14) days upon demand.

The registration costs, costs for preparation and transfer of the reversionary interest, and cost of purchase of share in Management Company, which amount to Kenya Shillings Eight Thousand Only (Kshs 8,000/=) shall be refunded in full within Fourteen (14) days upon demand.

In this regard, we advise that the Purchaser is entitled to a refund of the sum of Kenya Shillings Twenty-Eight Thousand Two Hundred Only (Sh28,200/=), which sum shall not attract interest as demanded.

We trust that the above is instructive. Please do not hesitate to contact the undersigned for any information or clarification. Ian Henderson, Managing Director, Superior Homes Ltd

A fatally faulty contract between yourselves and Mr John Chege Njuguna CANNOT purport to take away his consumer rights as per provisions of Article 46 of the Constitution and the Consumer Protection Act, 2012. In any case, and as per Section 7 of the Act, any ambiguities of such contracts would be interpreted in favour of the consumer.

We, therefore, hold that Mr Njuguna is entitled to full refund and interest on his funds. Kindly respond with your final offer to allow us make a firm and final decision on the recovery of the said funds.