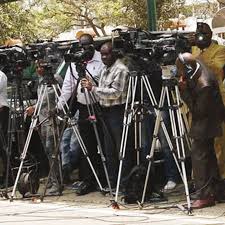 The Cofek attention is drawn to the surprise government move to starve media houses of advertisements on account of running the same in its’ own My.Gov publication.

While we agree with the Government on the need for austerity measures on unnecessary expenditures, we urge the government to rescind its latest decision for various reasons;

There has been no sufficient public consultation on this matter of great public interest considering the role of the media. The Ministry of ICT is terribly wrong to seem to wish away the mandatory public participation on the said mater

It is the quality, believability and trust of editorial content which drives Kenyan consumers to our local mainstream thereby accessing government ads. Merely being free in terms of cost to the consumer does not necessarily address the interest to read the suspect publication.

Negative perception of government publications and media outlets being used as propaganda tools persist. It will be no different from My.Gov.

There is need for more clarity on the capacity and sustainability of the institutional framework within which My.Gov shall be run. It will be interesting, for instance, to know whether or not government will succeed where it has had previous false starts.

Starving media houses of government ads amounts to a severe threat to the economy, democracy and the constitution. Loss of jobs is unavoidable. Media houses shall run the risk of potentially compromising their editorial content at best and shut down at the worst.

As a result, public interest stories especially as pertains to graft will disappear to the detriment of government accountability and transparency.

Various legal statutes explicitly require notification of public interest issues say public notices, job advertisements, tenders and other such information to be run in “at least newspapers of national circulation”. Government will, therefore, be in breach of the said statutes and Article 10 of the constitution on national values such as public participation.

Consequently, we call upon the Chief of Staff and Head of Public Service Mr Joseph Kinyua to urgently withdraw his unlawful and poorly supported directive to various government agencies.

If the government’s major interest on withdrawal of media ads is to save costs, then it needs to concentrate on fighting corruption using a vibrant, free and independent media. The country bleeds severely from corruption several times than it does with media advertising.

Cofek may proceed to sue government in the event that the said directive against advertisements is not withdrawn.