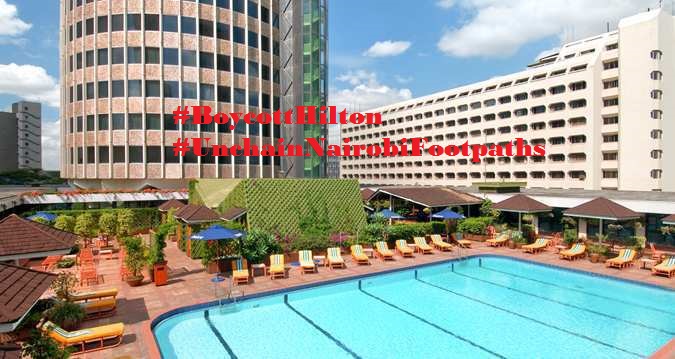 The campaign to unblock Nairobi CBD’s many barriers will go a notch higher on Thursday, October 15 from 10 am when a tour of affected sites begin at The Stanley Hotel.

Members of the Cofek Governing Council will lead the inspection tour which will move through IPS Building, Hilton Hotel, Trattoria and possibly other parts of the CBD.

Cofek has been pushing for “unchaining” of the CBD sidewalks which have been illegally taken over by many businesses.

Already, Fairmont Norfolk Hotel voluntarily acceded to Cofek’s demand and moved to remove the chains on bollards at the hotel’s frontage.