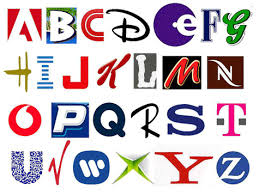 Did Google just trash one of the world’s best brands?

Last week’s decision to change its name to Alphabet and restrict the Google name to only part of its business marks a highly unusual decision to strip a successful brand from the letterhead of one of the world’s most admired companies.

According to branding experts, it could also rob the Google name of some of its veneer of innovation and quirky adventurousness, a quality known inside the company as being “googley” — something that could make it harder to hire and retain talent in the company’s core internet search operation.

But if there are risks, the reshuffling of brands could also be very valuable for Google’s shareholders, producing a new corporate brand that analysts say gives the company greater freedom to expand into new markets while potentially reducing the risk of challenges to the next phase of its growth.

Google was the world’s second most valuable brand last year, ahead of Coca-Cola but behind Apple, according to consultancy Interbrand. Google plans to rename itself Alphabet before the end of the year, limiting the Google name to its internet division.

“There are a lot of attributes to the Google name that are locked up in the brand,” says Rita McGrath, a management professor at Columbia Business School, from the braininess of its staff to the free food in its cafeterias. Companies usually only change corporate names to escape “negative connotations”, as tobacco company Philip Morris did when it became Altria, she said. “That’s going to take some getting used to.”

The way Google has applied the brand has helped both its search business and its “moonshot” projects, like driverless cars. The adventurous side-bets have rubbed off on the core brand and helped in the highly competitive Silicon Valley job market — indeed, critics claim that some of its projects are little more than press releases designed to generate buzz.

At the same time, Google’s massive search business has helped to underpin the wilder flights of fancy, lending them credibility. Under the Alphabet umbrella, the internet group seeks to distinguish the visionary from the wacky

Some observers warn that unpacking this highly successful formula could send an implicit message internally that the Google business has become a mature — and therefore less exciting — part of the company. That could be reinforced by the symbolic move by co-founders Larry Page and Sergey Brin to give up their roles at Google to focus on the new holding company.

“When the founders are now working for Alphabet . . . does it mean that some part of Google has now left?” said Josh Feldmeth, head of Interbrand in North America. The impact on consumers will be negligible but it could weigh on workers, he added.

By creating a structure that more explicitly draws on the search profits to fund new growth ideas, it may even send a message internally that the “Google” part of the company is turning into a low-growth cash cow, said Mr McGrath.

Another risk is that employees will no longer feel they can move between different businesses as easily as they have in the past, making it less attractive to join the more mature Google division, says one Silicon Valley rival. Google has said the Alphabet businesses will have more “independence” but has yet to explain how its new organisational structure will work, and refused to comment for this article.

Whatever the risks to the Google name, however, inventing the new Alphabet “umbrella” brand could more than compensate for this by giving it more freedom to diversify.

“It allows other brands to grow — it’s a wonderful brand-building platform,” says Mr Feldmeth, who praised the expansiveness of the Alphabet vision. “In a world where everyone is splintering and getting smaller, Google is getting bigger and more complicated.”

“Alphabet potentially gives them the ability to do things they wouldn’t be able to do otherwise,” added Aaron Levie, chief executive of Box, a cloud storage company that competes with Google. “It’s probably easier for Alphabet to buy up Tesla than it is for Google to do that. They’re saying, we’re just a holding company — this isn’t related to Google.”