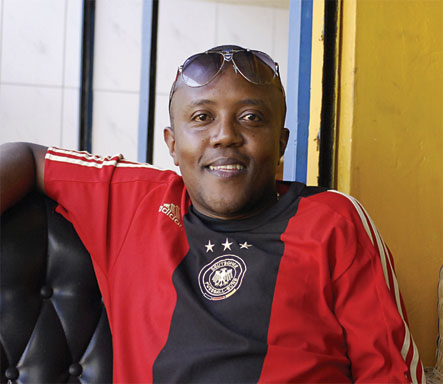 On the morning of Thursday 18 June 2015, I participated in a Classic fm morning show radio promotion competition run by Maina Kageni (pictured) & in which I won a cash prize of Kshs 5,000. Maina then asked me to go to the Radio Africa group on the afternoon of the following day (Friday 19th) to collect my prize money.

However, I then received a call on the said Friday morning asking me not to go pick the prize as there was a system change whereby winners of cash prizes would have their winnings sent through Mpesa & mine would therefore be sent that way.

I waited until Wednesday of this week when I called Radio Africa offices whereby I was assured that the cash would definitely be sent and that I should just be patient.

I have since called a couple times more and been told to wait as I would receive an Mpesa “anytime now” as the matter was now with their accounts department who were actively uploading and sending the winnings through Mpesa.

This afternoon, however, after again calling Radio Africa and being assured I would be paid by Mpesa, I suddenly received a phone call (first one since last Friday), where a lady informed me that the prize was not cash but was in fact a dinner voucher (first time I had heard anything about a dinner voucher).

Subsequent calls had various people telling me that the prize had been the dinner voucher all along and that it was Maina Kagenis mistake to say it was cash while he should have said it was a dinner voucher (even apologising on his behalf).

Unfortunately I do not believe this account as there has been consistency on the 5,000 cash prize right from the promotion on the radio until an hour ago when it has suddenly changed into a dinner voucher.

I would have gladly accepted the voucher had it been communicated immediately but I feel there is more to this than meets the eye.

I feel that Radio Africa group should do the honorable thing and issue the prize that I competed for and won, and was subsequently promised for more than a week.

Radio Africa group is a respectable organisation which should be leading from the front more so because they are an information disseminating organisation who should do what they say. John Mureithi