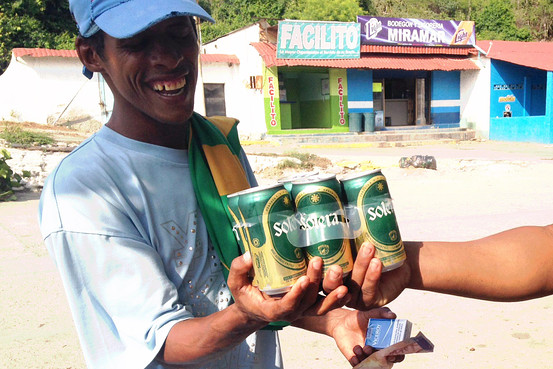 Venezuela is in an unusual crisis – beer shortage over raw materials.

The drinking nation – the 8th largest consumer of beer (per capita) in the world is the first highest alcohol consumer in Latin America.

On average, Venezuelan consumers take in an average 86 litres of beer per year.

Beer has high penetration in households at all income levels, and accounted for a total volume share of 93% in alcoholic drinks in 2014.

Demand for beer remained stable during 2013 and 2014 when shortages and high prices of imported products caused consumers to favour domestic alcoholic drinks, including beer.