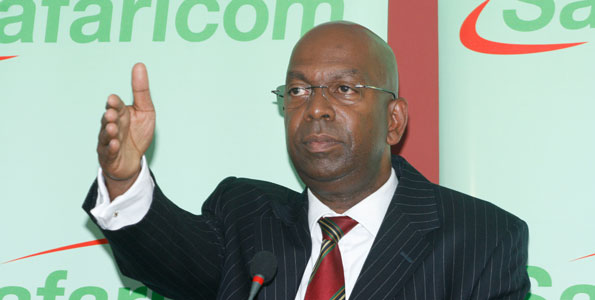 ‘CNN Marketplace Africa’: The Telecommunications business in Africa is vibrant and highly competitive. In the last five years, the continent has had the fastest telecoms growth in the world.

This week, ‘CNN Marketplace Africa’ reports from Kenya, a country where roughly 80 percent of the population subscribe to a mobile service.

Safaricom Limited is the largest telecommunications company in the country, with an annual revenue of more than ten million dollars

Safaricom’s CEO Bob Collymore, reveals to ‘Marketplace Africa’ how important mobile services are in Kenya: “People will often sacrifice on the quality and the quantity of the food they eat but will not sacrifice on how much they spend on the mobile phone because it’s an essential part of their daily lives.”

Collymore says that the growth is attributed to understanding the micro nature of the economy: “Here we allow you to buy airtime for as little as 5US cents and that’s what made the difference.

Eight years ago, Safaricom created a mobile based money transfer platform known as M-Pesa. The service is believed to be used by 21 million people who Collymore say conduct “a million transactions a day”.

The platform was previously hosted in Germany but delays there slowed the service, and motivated Safaricom to move the platform to Kenya which offers twice the speed in connectivity.

Collymore explains to Marketplace Africa’: “We spent several millions of dollars undoing this and now we are seeing faster transactions. It used to take about six seconds to complete a transaction, now it’s taking about three seconds to do that, so we’ve halved the time and now we have a platform that we can start to build some real cute functionality.

Dr. Fred Matiangi, who works at Safaricom, discusses the impact of mobile banking in Kenya, telling the programme:

“Today in Kenya, you can check your account with the national social security fund very easily from the comfort of your house. So that M-Revolution as it were is the focal point around which innovation has grown in our country and continues to thrive as it were.”

The increase in mobile capabilities is allowing companies like Safaricom to step into sectors they haven’t before.

Collymore tells ‘Marketplace Africa’: “We think there are opportunities which could be presented by the digital migration that we are seeing across the continent. So we think there’re lots of opportunities rather than being distracted by moving across into different geographies at this stage.”