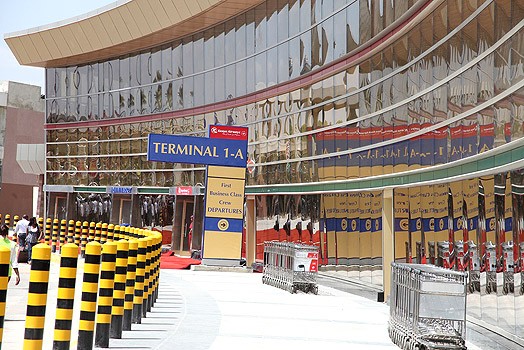 NAIROBI NEWS >>> New evidence has emerged of how the contract for the construction of a modern passenger terminal at Jomo Kenyatta International Airport was varied by more than Sh9 billion.

The revelation comes a few days after the Kenya Airports Authority (KAA) sent home four top managers, including Managing Director Lucy Mbugua, to pave the way for investigations into alleged corruption at the region’s largest airport.

The contract, signed in 2013 between the authority and Chinese firm Anhui Construction Engineering Group Ltd, was a variation of the original contract signed in 2011, with the introduction of a new inflated provision for Sh9.5 billion The first contract signed in December 2011 between KAA and the company was for an agreed sum of Sh59.4 billion ( US dollars 653.7 million).

According to the terms of the contract, the amount included 10 per cent contingencies for the works, five per cent for employer’s supervision consultant and all other taxes. Former KAA Managing Director S M Gichuki then wrote to the company on December 16, 2011, informing it of the conditions, which it accepted and responded to on December 19, 2011.

“The company, in joint venture with China National Aero-Technology International Engineering Corporation accept the offer for construction of the greenfield passenger terminal complex and associated works at JKIA at the agreed sum and taxes,” said the company.

However, in the 2013 contract signed by Ms Mbugua, a new provision for a 16 per cent value added tax (VAT) was added, translating to an additional Sh9.5 billion. This was a change of the earlier contract, where all taxes were factored in the total amount, but this additional amount was to be paid on top of the total cost.

“The employer covenants to pay to the contractor in consideration for the undertaking of the works in accordance with this contract, an amount of US$653.7 million (Sh59.4 billion) inclusive of 10% contingencies for the works, 5% for employer’s supervision consultant and all applicable taxes, but excluding 16% VAT,” stated the new contract.

Ms Mbugua, then the acting managing director, signed on behalf of KAA and it was witnessed by Corporate Secretary Victor Arika, while Project Manager Huang Hong You signed on behalf of the company. Ms Mbugua, alongside KAA Finance General Manager John Thumbi, Company Secretary Katherine Kisila and general manager procurement, Mr Obadiah Orora, were last week given a one-month compulsory leave to pave way for investigations into what was understood to be the fight for control of duty free shops at the Jomo Kenyatta airport.

The decision was arrived at during a board of directors meeting chaired by the former inspector-general of police, Mr David Kimaiyo, who was appointed to the position in December last year.