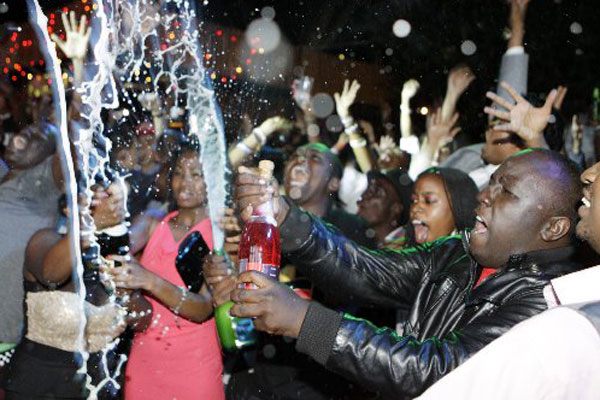 DAILY NATION – An American-based firm has claimed a new company that entered into the Kenyan market early this year is infringing on its trademark.

Diageo North America Inc, suing jointly with UDV (Kenya) Ltd, which is its subsidiary in Kenya, has claimed that Platinum Distillers has begun the manufacture and sale of an alcoholic drink in Kenya known as Momentum With Guarana Platinum Ice, which directly infringes on its label.

The US company is aggrieved that Platinum has caused the product to be produced in an overall packaging that constitutes confusingly similar features to its Smirnoff Ice Double Black with Guarana, which is distributed in Kenya by UDV.

“This has been done in a manner and style calculated to deceive members of the public that the offending product is associated with us,” Diageo North America said in court papers.

Diageo said by reason of the great success of Smirnoff Ice brand, it launched Smirnoff Red Ice and Smirnoff Black Ice, both of which form part of the Smirnoff Ice family.

It now wants Platinum stopped from using its trademark by way of packaging and selling of Momentum With Guarana Platinum Ice, in order to prevent further confusion among consumers who think the two products are connected.