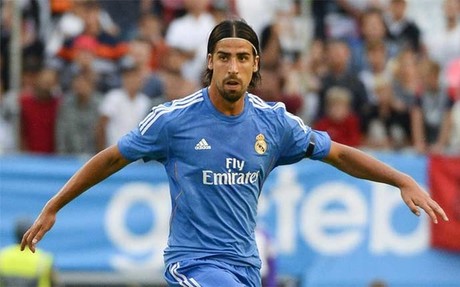 Sami Khedira will play the next four seasons at Arsenal after the final agreement between the parties and will be signed in the coming hours. The German midfielder will leave Real Madrid, where he did not feel valued, to call at the Premier in a transaction in which the white club loses a valuable piece box because Khedira but it reiterated its refusal to extend the contract binding him to Real Madrid until next June 30, 2015.

Khedira has not felt loved or valued since it landed at the Santiago Bernabeu. The German midfielder has always been fairly criticized for his performance, which was quite tactical racanería mediated by Jose Mourinho, who only exploited the virtues of a defensive player who has shown in the World Cup in Brazil its versatility.

The player was not respected by injuries, especially last season, which was lost almost completely. Khedira, under the command of German coach Joachim Löw, has shown its repertoire and has not only limited to cut the opponent’s game as Mourinho demanded. The midfielder defended, attacked, covers a lot of the pitch and the German can exploit his powerful shot selection, something that Real Madrid Mourinho barely allowed. The current Madrid coach, Carlo Ancelotti, has tried to convince the player to continue at Real Madrid, but it was too late for Khedira still thinking that will never be worth merengue although Ancelotti was willing to exploit the virtues of Khedira , he could not do last year due to injury from the German.

Willing to explore locations for immediate future, Khedira always liked Arsenal. The midfielder knew firsthand the technical Arsène Wenger yearned for his signing and finished him convince Mesut Özil, with whom he maintains a good relationship.

SOURCE: As translated (with errors) by www.google.com